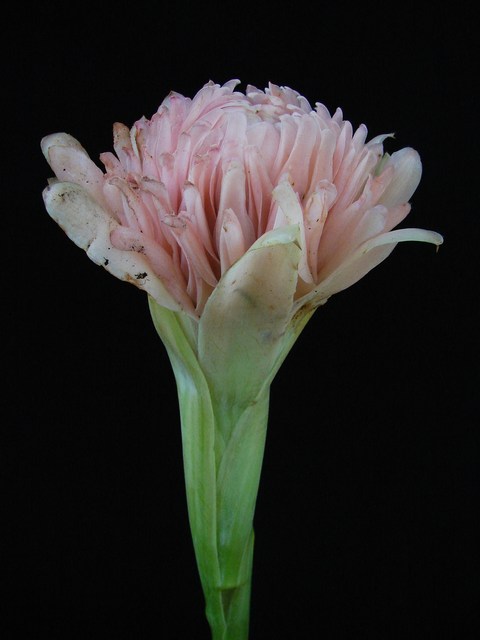 Etlingera is the inclusive name for Achasma Horan., Geanthus Val. NicolasiaHoran.. Large gregarious gingers with radical showy inflorescence characterised by involucre of sterile bracts, a short as much elongated peduncle, tubular and elongated bracteoles, and a distinct tube between the base of the corolla ubes and the base of filament and labellum. Distributed in Southeast Asia with about 40 species. In India it is represented by only 2 species. 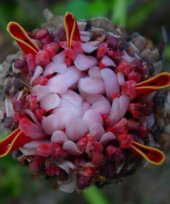 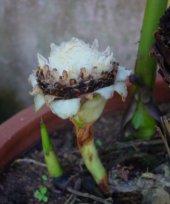